Today I would like us to continue to think about our Christian value of Forgiveness – and how important it is to give people a second chance.  We all make mistakes or mess things up – and sometimes we can get so entangled in our mistakes that we make things worse – a bit like when a fly gets stuck in a spider’s web. It’s not much fun to watch. The fly struggles and buzzes to no avail. 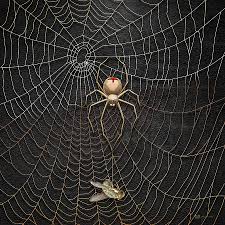 The more it struggles, the more entangled it becomes. Finally, the spider comes along and winds the fly up in sticky thread to enjoy for tea later!  This is a good illustration of how we can get entangled in doing wrong.

Another example of getting entangled in doing wrong is Pinocchio – have a watch of this clip and see what happens when he tells a lie!

Oh dear!!  Silly Pinocchio! Lies tend to entangle us. In Pinocchio’s case, telling lies made his nose grow, and it grew so long that he even ended up with a bird’s nest at the end of it! It shows us that lies can lead to more lies, which become more and more complicated. Sometimes when we start to do something wrong, it can be difficult to get out of it…..but owning up and being honest is a good first step to forgiveness.

The Bible is full of stories about people who really messed up. Jesus understood that this would happen. Part of the Easter story is about one of Jesus’ best friends called Peter, and he messed up in a big way!

But this is not the end of the story. Jesus wasn’t finished with Peter. He understood how easy it is to get things wrong and mess up. Jesus wanted to forgive Peter and for things to be put right again. Following Peter’s denial of Jesus, Jesus was killed – Peter must have felt awful.

However, three days later, Peter heard the great news that Jesus had come back to life. Later, Jesus spent some time with Peter and on one occasion, took Peter for a walk, asking him if he loved him and wanted to follow him. Peter said that he did want to follow Jesus and that he loved him very much. Jesus made it clear that he forgave Peter and from there, Peter became one of the first leaders of the Christian Church.

Just like Peter’s lie, a small wrong can spread out like ink on a page or ripples in water.

Have a think about whether you need to forgive someone and give them another chance, like Jesus did to Peter…..

Prayer of the Day

Dear God,
We know that we do wrong things at times, sometimes little things, sometimes big things.
We also know that little wrong things don’t take long to grow bigger.
Help us to be quick to say sorry and to ask forgiveness.
Help us to be quick to forgive when people do something wrong to us.
Thank you that you love to forgive us when we ask.
Amen.

This website uses cookies to improve your experience while you navigate through the website. Out of these, the cookies that are categorized as necessary are stored on your browser as they are essential for the working of basic functionalities of the website. We also use third-party cookies that help us analyze and understand how you use this website. These cookies will be stored in your browser only with your consent. You also have the option to opt-out of these cookies. But opting out of some of these cookies may affect your browsing experience.
Necessary Always Enabled
Necessary cookies are absolutely essential for the website to function properly. These cookies ensure basic functionalities and security features of the website, anonymously.
Functional
Functional cookies help to perform certain functionalities like sharing the content of the website on social media platforms, collect feedbacks, and other third-party features.
Performance
Performance cookies are used to understand and analyze the key performance indexes of the website which helps in delivering a better user experience for the visitors.
Analytics
Analytical cookies are used to understand how visitors interact with the website. These cookies help provide information on metrics the number of visitors, bounce rate, traffic source, etc.
Advertisement
Advertisement cookies are used to provide visitors with relevant ads and marketing campaigns. These cookies track visitors across websites and collect information to provide customized ads.
Others
Other uncategorized cookies are those that are being analyzed and have not been classified into a category as yet.
SAVE & ACCEPT
Powered by